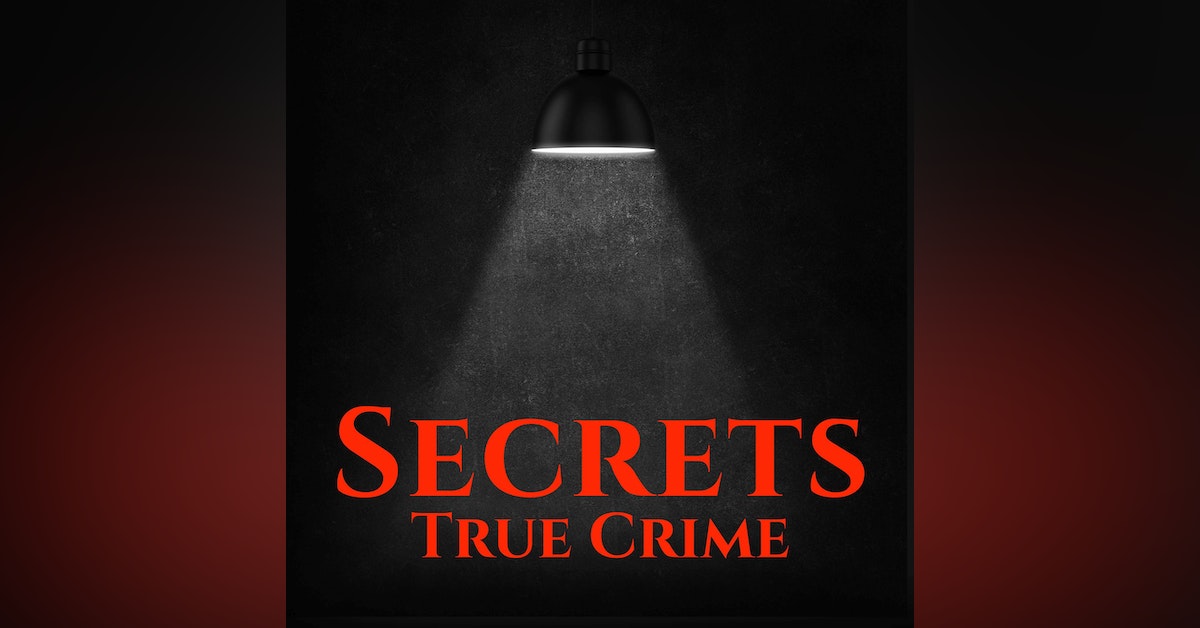 Podcast listener tips led us to an infamous Elmore County location.  Our searches here were filled with surprises.

Welcome to Secrets True Crime.  I am your host, Amber Sitton.  What is done in darkness will eventually come to light.  That is the purpose of this podcast...to shine light on the story of Susan Osborne and her 14 year old son Evan Chartrand. They vanished from their home in the tiny Alabama community of Holtville on Memorial Day in 2017.  They haven't been seen or heard from since and their bodies have not been found. This is episode 14 of a serial podcast and they are designed to be listened to in order. Listener discretion is advised.  This episode does not contain foul language and the subject matter may involve violence, sexual content, murder and adult themes.  It’s not suitable for younger listeners.  If you know or have known Jerry or knew Susan after she was married to Jerry, I want to hear from you.  Someone knows something.  Information you may think is small or insignificant could make a difference in this case and you can remain anonymous.  secretstruecrime@gmail.com. There will be an announcement about Season 2 at the end of this episode so be sure to listen all the way through.

The next morning, I met Michael for breakfast so we could discuss our next steps.  Michael had spent a lot of time reviewing the sonar images the night before and he was even more convinced that the image was an artifact.  We decided we would go get his boat and head back to the quarry.  So much time had been spent going back and forth over the same spot, there was a large area of the quarry that needed to be mapped and scanned.  We spent the day completing the original goals we had set for the quarry search.  At the end of the day, we’d learned that most of the quarry pond was found to be relatively clear of debris, with only piles of jagged rock in places. The deepest point indicated with in the pond was 45 feet deep, with the majority of the pond being fairly level at about 42 feet. There was no indication of a crane, truck, or other large equipment on the bottom of the pond.  The data from our search does not support the local lore about the location. The running depth is consistent with previous estimates of the pond’s depth by both the current and previous owners but we had two eyewitness reports of a crane being visible at the site at some point in the 1980s, and one of those also reported the “hauler” truck with wheels that stood about 6’ tall. I did make the drive home that night but Michael and I were having a hard time reconciling our findings with the eyewitness accounts about the quarry.

By Saturday, we decided that we needed to go back to the property and put the boat into what we were pretty positive was a pond.  Unless we cleared the pond, we knew we’d always have that little bit of lingering doubt.  I drove back to Wetumpka on Sunday morning to meet Michael at the quarry.  We did scan the pond and it didn’t take long.  We found that it was exactly what we suspected.  Just a pond.  Parts of it were only a couple feet deep and ranged up to 7 feet deep.  The largest part of the pond was 4-5 feet deep.  We now believe that a previous owner of the property may have drained the pond and removed the equipment prior to selling the land. Additional research is being conducted to confirm this and we’ll keep you updated.  As I mentioned earlier, the one issue with the sonar that we experienced as we used it to look for potential human remains is that we didn’t have a scale to give us an idea of the size of the things we were seeing on the sonar images.  Michael decided to build a dummy that he named Scuba Steve.  To demonstrate the size and appearance of submerged skeletal remains on sonar, and to show the effects of speed, angle, and movement on sonar images, he constructed Scuba Steve out of 1.5” PVC pipe.   He drilled drain holes and filled him with river rock for weight.  Scuba Steve  is 5’ 10” tall, with correct arm and leg length for an average human that size.  Michael tethered Scuba Steve to the boat, took him out on the water and tossed him in.  He then scanned the area with the sonar.  He dropped him overboard at various depths and captured sonar images so that he could get some idea of the size human remains might appear on the sonar screen.  The results were a bit surprising.  Scuba Stever appeared tiny on the sonar screen and he wasn’t even that easy to make out in some images.  After this experiment, Michael reviewed the sonar images and noted 3 things of interest on the sonar images from the quarry.

Michael is completing his final report on the quarry and will be sending it to the Elmore County Sheriff’s Office.  He is recommending that the quarry undergo a thorough search by law enforcement.  We will also keep you updated on this.

We decided we should walk the wooded acreage around the quarry to complete our search at this location.  What we found was a surprise not only to us but to the current and prior property owners as well.  Tune in for the next episode of Season 1 of Secrets True Crime to hear about this and an upcoming search as well.  I made an announcement on our social media accounts that this will be the last of our semimonthly episodes for Season 1 but the searches for Susan and Evan will go on and there will be another episode in 2-3 weeks.  We are not done but we can’t organize and search quickly enough to produce episodes on that schedule.  Also, we have selected a case for Season 2.  Michael and I are excited to announce that we will be telling the story and investigating the murder of Eric Cates and his beloved dog Gypsy.  On March 21, 2015, Eric and Gypsy, were found murdered behind the old Empire School in the tiny Walker County town of Empire, AL. Hunters found their bodies burned in the cab of Eric’s truck. Their murders remain unsolved even though the crime is rumored to have been witnessed by a large crowd of people. You won’t want to miss this shocking story.  You won’t believe that a town so small could have as many unsolved disappearances and murders as Empire.  Could some of these cases be related to what happened to Eric and Gypsy?  Season 2 will be coming very soon.  Keep a check on our social media accounts for announcements.

If you have any information that could help in solving the disappearance of Susan Osborne and Evan Chartrand, please call the Elmore County Sheriffs Office at 334-567-5546.  You may also email me at secretstruecrime@gmail.com.   You can stay anonymous.  I want to say thank you to those who have contacted me with information and those who’ve reached out to encourage me.  Each of you has provided a tremendous amount of help and you are making a difference in this case.  Not only am I appreciative but Susan and Evan’s families are so thankful as well.   If you are enjoying this podcast, please let us know by giving us a 5-star rating and review in Apple Podcasts.   I’m active on social media and often share photos of Susan and Evan and now of Eric and Gypsy.  Follow Secrets True Crime on Facebook, Instagram, and Twitter.  @secretscrime. This episode was co written by me and Michael Fleming.